In all cultures around the world, surnames have played an important role throughout time, not only in giving an identity to every individual, but also in indicating their origins, family background, and sometimes even occupation.

Nowadays, people tend to forget how much history surnames actually hold and that’s why they need a reminder of where their cultural roots lie, a way to track back their ancestral nationality and personal story, to preserve the memory of both culture and family.

Ever wondered where Romanian last names come from? What do they mean? Or even how you can guess if someone is Romanian just by their last name? Then read on!

In the Romanian language, surnames used to be inherited from the father of the child up to the 19th century, as women had to take their husband’s name after marriage. Nowadays, on the other hand, there is no restriction in terms of family names and women can choose either to keep their maiden names or change them for the sake of tradition. 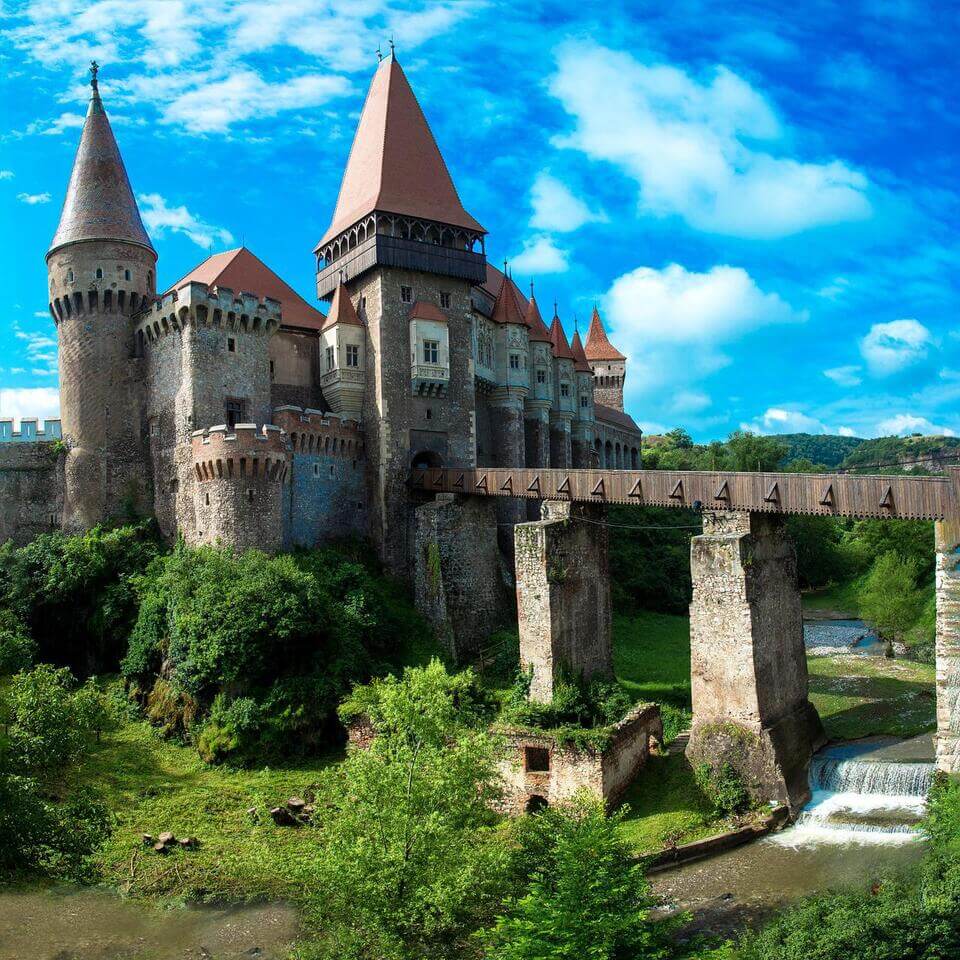 Moreover, surnames usually come before the first name in Romanian, with a few exceptions when we’re talking about different historical personalities or even famous people.

Most patronymics are derived from the Romanian language itself, some of them having also been influenced by other European languages, the Slavic ones mainly.

The most significant indicator of Romanian family names is the traditional suffixes, the most widely-spread one being “-escu”, which means “son of”. Among other common suffixes, we count “-eanu” and “-an” that usually refer to the place of origin, or “-aro”, which hints at the occupation of the individual, or at least used to, a few centuries ago.

So, if you’re curious to find out where your name comes from, check out the top 35 surnames that we’ve gathered for you from all corners of Romania, sorted alphabetically so that you can easily read through all of them.

Adrelean hints at a Romanian region called “Ardeal” and therefore, it refers to people coming from that area of Romania called Transylvania, where Dracula resides. It is presumed to have come from a Hungarian word that means “forest”.

This surname comes from the Romanian word “alb”, which means white.

At its roots, “ Aldea” is a Spanish word, which translates as “village” in English and is most probably a toponymic surname.

Here it’s easy to notice the traditional “-escu” suffix, which is why this surname means “son of Alexandru”. Alexandru is also a traditional Romanian first name for boys and it comes from the ancient Greek name “Alexandros”, which translates in English as “defender of the men”.

Similar to the “Alexandrescu”, “Antonescu” means “son of Anton”, again a masculine traditional forename in Romania, with Latin origins, which is another form for the common names of “Antonie” and “Antonia”. They both come from Greek, meaning flower.

Balan means “with fair hair”, or “blond” in Romanian. It’s mostly encountered in the descriptions of fairytales, but it’s also a common surname, referring to a Romanian town as well.

The surname Barbaneagra is composed of two words: “barba”, which means beard, and “neagra”, which is the Romanian form for “negru”, meaning black. Together they are translated as “black beard”.

Not only one of the most common Romanian surnames but also a very popular first name among boys, Bogdan is a name with Slavic origins. It consists of “bog”, which translates to God, and “dan”, meaning offered or gifted. Together, they can be translated as “gift of God”.

Botezatu is a Romanian surname with religious origins, meaning the “baptized one”. It is mostly encountered in the north-eastern area of the country, known under the name of Moldova and it is presumed to have been given especially to tartars who wanted to convert to orthodoxism and were therefore baptized.

Full of meanings, the surname Bucur comes from the word “bucurie”, which translates to joy, and has been the given name to many children in Romania throughout time, dating back to the period of the Dacian state. In the ancient Dacian language, the word “bucur” meant shepherd. Also, there is a legend tied to the name of Bucur, saying that Bucharest, the capital city of Romania, was established by a shepherd called Bucur.

Ciobanu is an occupational surname, similar to Baciu, and is usually given to people from the shepherd community. Among famous Romanian people, we have Lucretia Ciobanu, a singer of popular music from Romania.

The family name Cojocaru is derived from the Romanian word “cojoc”, which is the name of a specific item of clothing, a manufactured coat made of animal skin and fur, really popular in winter among Romanian people. Therefore, this Romanian occupational surname refers to “the one that makes cojoace”, basically referring to the person manufacturing these special coats.

Constantin, both a last and a first name, has roots in Latin, meaning steadiness, and constancy. It also has some religious connotations attached to it, referring to its famous bearer, the holy Emperor Constantin, one of the most important people in the history of the church. Children with this given name, and with saints’ names in general, are said to be protected by the one whose name they’re wearing.

Craioveanu is a regional surname, referring to people living in the Romanian city Craiova.

Cretu is a derived name, coming from the Romanian word “cret”, which means curly, and is usually used to describe hair.

A long time ago, in Romania, the teacher was called “dascal” and that’s where the roots of the occupational surname Dascalu lie.

Dumitru is not only one of the traditional Romanian surnames, but also a very popular forename for boys. It has its origins in ancient greek, coming from the name Demetrios, which is also derived from Demetra, who was an old goddess of earth and harvest.

Another occupational Romanian surname, Fieraru hints at “smith”, being the most common Romanian last name for people who used to work as blacksmiths or even goldsmiths.

Funar was the given name of the person who used to be a rope maker in Romania. Also, besides a rope maker, it is believed that people from the town of Funari were also named after it.

Both a Romanian surname and a forename, Gheorghe is a name with rich religious meanings, hinting at the so-called saint. Its origin is Greek, coming from Gregorios, which translates to “worker of the land” or, a synonym, “farmer”.

Yet another common Romanian surname hinting at the occupation of its bearer, Hatmanu is equivalent to General in Romanian.

Iliescu refers to the son of Ilie. A famous bearer of this surname was Ion Iliescu, the first elected president of Romania after the fall of communism in 1989.

Being the most widespread name on earth, especially in terms of first names, Ion translates to John in English. It comes from the Hebrew word “Iehohanan”, composed of “Io”, which is the short form for the biblical name of Iehova, and the verb “hanan”, meaning to have mercy. Iohanan was used a long time ago by parents at the birth of a new child, to thank God for the miracle.

Lungu comes from the Romanian word “lung”, which means long. Its roots lie in the Lozi Tribe, where it was translated to “April”. A lot of Scottish, English, and Irish descendants are presumed to have been named Lungu.

“Lup” is the Romanian variant of “wolf” in English, coming from a similar word with a Latin suffix, “lupus”. Therefore Lupu is a derived Romanian surname referring to an animal.

Maier is a surname of German origin, being the Romanian variant of “Meyer” which translates to mayor in English.

Similar to Moraru, Olaru is derived from the noun “olar”, which designates the person who makes pottery and is therefore yet another occupational surname.

Occupying the first place in the top of most common Romanian surnames, “popa” is a Romanian word for priest, having Hungarian roots. However, contrary to popular belief, this name was not given to priests, but to simple men who were living in villages belonging to the Catholic church.

Rusu is the most popular surname in the north-eastern area of Romania, called Moldova and it translates to “Russian”, hinting at the region where a lot of Russian people resided.

One of the many Slavic names, Radu is the diminutive for other historical names, coming from the element “rad-”, which means joyful. It occupies the fourth position in our ranking for most common Romanian surnames, coming after Popa and its two derivations, Pop and Popescu.

Stoica originates from the Bulgarian word Stojo, which means “to resist”, or “to stay alive” and it is considered to be a protective name. Stoica was first recorded around the 1500s in official documents from the area of Moldova.

Stan is yet another one of the most popular Romanian surnames, winning the prize for the eighth most common Romanian family name. It is derived from the Slavic name Stanislav, which is composed of two words, “stan”, meaning power, and “slav”, meaning praise.

Last but not least, coming from the word “ungur”, the Ungureanu Romanian surname used to designate people living in Transylvania, under Hungary’s occupation, being translated to “Hungarian”.

This list of the most popular Romanian surnames is just a small glimpse into the history of this important Eastern European country. If you happen to be digging through your Romanian family history, you might end up stumbling across some old photos.

If you’d like to bring new life to these photos and really get in touch with your history, then Image Restoration Center can help.