Even common surnames have a great deal to teach us, so if you are into learning about your family history it’s time to start digging into that last name. You never know what you might find out!

If you are looking to learn more about your family origin and Polish surname, then this is a good place for you to start. We hope this guide to the common surnames in Poland will help you on your quest!

The first polish surnames were used by Polish nobility and started appearing around the 13th century. Clans would take on the same clan names to show family relations. Gradually, other sectors of Polish society started to adapt the use of surnames; the townsfolk first, followed by people from rural areas.

In Polish culture, full names follow the same conventions as most of Europe, with a given name and a last name. Polish women typically take their husband’s surname, and Polish children also take their father’s surname.

Grammatically, there can be two kinds of Polish family names: adjectival names which are derived linguistically from adjectives, and cognominal surnames which are derived from nouns. Many last names also have feminine and masculine forms. It’s pretty complicated – just like the Polish language! However, in this guide, we are more interested in the origins of names.

We’ll be focusing on three categories of Polish surnames by origin: toponymic, patronymic, and cognominal. 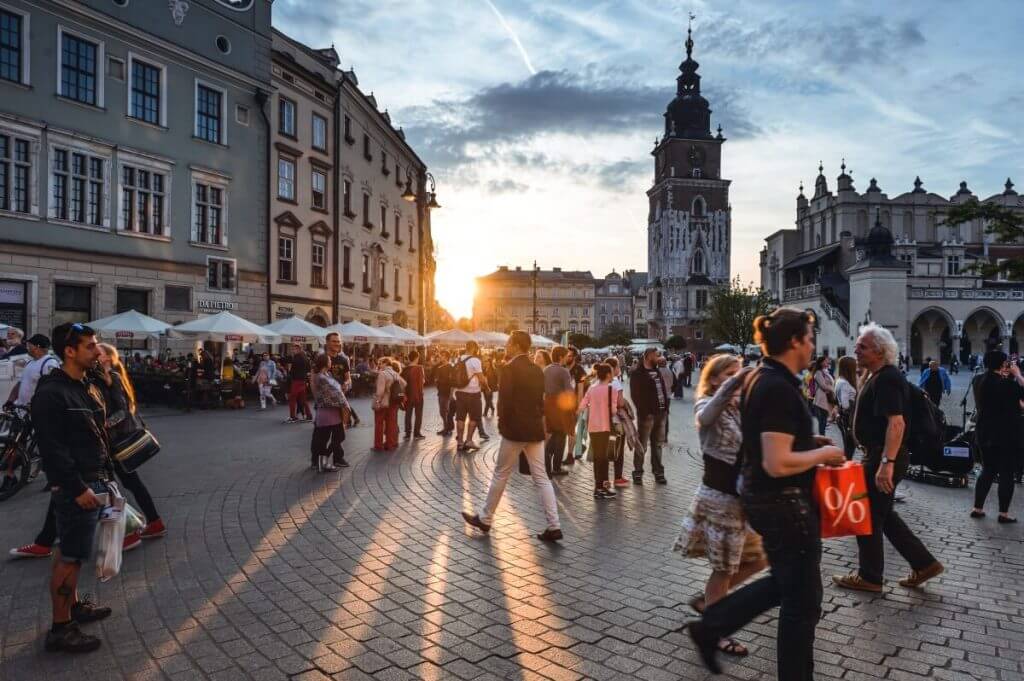 Many surnames in Poland come from the land that the first bearer of the name owned or farmed. Their name is derived from a topographical point of interest or a place name. Toponymic names are also sometimes called habitational names because they come from the place your ancestor inhabited.

For the landed gentry, toponymic surnames often came from their ancestral family estates. But common Polish surnames can come from towns, settlements, farms, or geographic features.

If you come from a town ending with the letter “y” or the letters “-owo”, “-ow”, or “-owa”, your surname probably ends with a “-ski” or “-ska”. An example of a toponymic surname is Krakowski, like Jane Krakowski, an American actress with Polish roots probably stemming from Krakow.

Patronymics are last names derived from a male ancestor – these are commonly found in Eastern Europe as a double-barrelled surname (also known as hyphenated names). Patronymics are more closely associated with Slavic names, but they are also very priominent in Poland.

Confusingly, the “-ski” suffix is also used to mean “son of”, with “Kowalski” meaning son of a blacksmith. There is also, however, a town in Poland named Kowal. The suffix “-ski” is roughly translated to “of” so Kowalski means “of Kowal (smith)” or “of Kowal (town)”. It can take on either meaning. This comes from the craze in the 19th century in Poland for “noble” sounding names.

Cognominal surnames are surnames derived from nicknames. There are two subcategories of cognominal last names in Poland:

Most Polish surnames end with suffixes, especially “ski”. In Polish, a person’s gender is taken into account, with the feminine form of the “-ski” suffix being “-ska”. There are feminine versions of other suffixes. For example, surnames ending in:“-cki” and “-dzki” have as their feminine forms: “-cka” and “-dzka”.

A male Polish person with the masculine surname Dobrowski would have a sister with the surname Dobrowska. A married woman would take on the feminized version of her husband’s family name if they end in gendered suffixes.

In the past, the female forms of names also differed between taking your father’s name and your husband’s. For example, an unmarried woman would be known as Anna Nowakowna but her mother would be Nowakowa. This is no longer the practice in Poland, but it’s part of the history of how Poland used last names.

Most Popular Surnames In Poland

Here is a list of the most popular Polish names. Keep in mind that some may have multiple meanings and that all the names on this list are in the masculine version:

Changes At The Border

Polish people have spread out to different countries bringing with them their most common surnames. Surnames in Poland are complicated, with different suffixes suggesting a family relation that is noble or belonging to a certain community. The Polish language also has several letters we don’t have in English, which makes translating Polish last names difficult.

When Polish people came to America, some surnames were mispronounced and misspelled, meaning you might be losing out on a historical connection associated with your name. You might not even realize your surname is Polish! We hope this primer has helped you reconnect with your Polish roots.

Common surnames might seem like they have little to tell you, but there is a lot to learn from them. Whether your name seems foreign in a town full of people named “Smith” or you come from a big Polish community, you definitely have reason to be proud of your Polish name.

Learning about family history is important because it links us to those who came before us and teaches us a lot about their story. You might eve have famous relatives or heroic ancestors. You never know until you start looking into your surname to find out more about your forebears.

An Introduction To Most Common Romanian Surnames